Thank you!
Your submission has been received!
Oops! Something went wrong while submitting the form.
Conversation 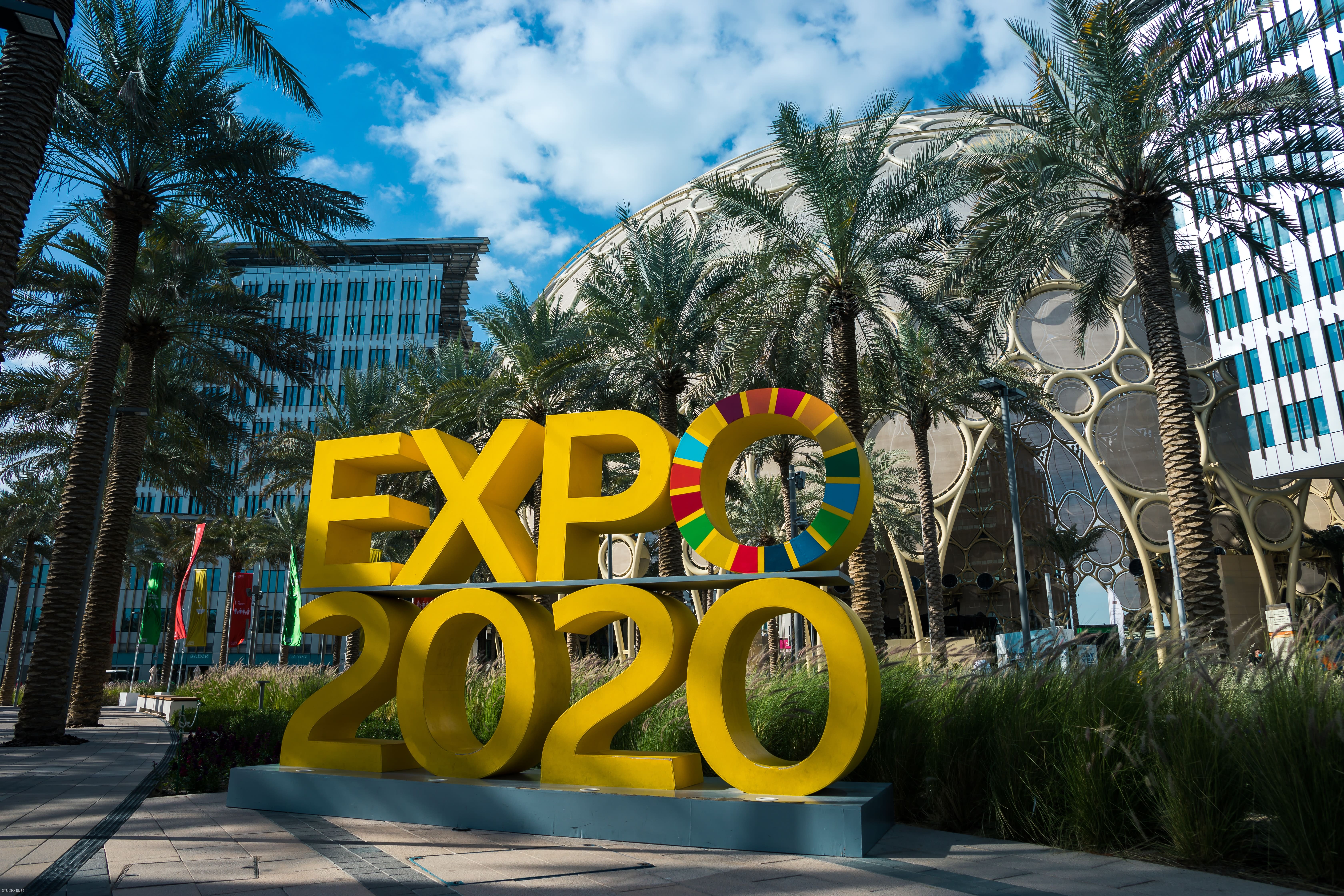 Dubai’s Expo 2020 was a world expo hosted in Dubai between October 2021 and March 2022. The Expo needs no introduction as Dubai pulled out all the stops in promoting it, attracting visitors worldwide. From celebrity endorsements to beautiful architecture and concerts, Expo 2020 became the event of the decade.

The Expo was wildly successful, with 24 Million visitors from 178 countries (out of only 195 countries). Over 30% of visitors traveled from other countries. But, it was more than just tourism. Sustainability was the expo's focus, with the world's best minds coming together to discuss the ‘future of the world.

Grants were provided to startups to help push sustainability beyond just a conversation and create a broader impact. According to the expo’s website, over 5.8 million people have been impacted by the grants, directly or indirectly.

But how is an event of such scale truly sustainable when past events like the world cups and Olympics always failed to be sustainable? Dubai has always been ahead of the curve with its ambitious projects. So let’s look at how they managed to be different this time.

The Dubai Expo site spans 100 acres. It was specifically chosen and designed for the Expo. The project cost $7 billion, and according to HOK, the master planners, everything was built for permanency.

The masterplan was organized around a central plaza called Al Wasl Plaza and enclosed by three large thematic districts - Opportunity, Mobility & Sustainability. The site was equipped with restaurants, pavilions, and more than 100 robots to help visitors navigate the area. Over 30,000 volunteers signed up to assist visitors and maintain the experience.

Dubai ensured that the site was highly accessible to everyone. A metro station was built so visitors could quickly arrive at the Expo from anywhere in the city, with the ability to transport 29,000 people per hour.

Let’s take a look at some of the most impressive structures from the Expo!

Often referred to as the 'Heart of the Expo,’ Al Wasl Plaza is a 130-meter wide, 67.5-meter tall dome that is also a 360-degree laser projection surface. The trellis framework of the dome is constructed entirely of steel, weighing 2,500 tonnes. The plaza connects the three districts and doubles up as a concert hall.

Designed by Santiago Calatrava ‘as a symbol of the UAE’s pioneering spirit,’ the form of the pavilion was inspired by the shape of a falcon’s wing. The wings pivot around a single point, and the entire roof can be opened in three minutes.

The UK Pavilion consists of LED panels arranged in a circle that would display poems written by AI.

The Saudi Pavilion is the second largest pavilion after the UAE’s. Apart from the prominent LED screen and massive cantilever, it was awarded a LEED Platinum certification by the US Green Building Council.

Designed by Foster + Partners, this trefoil-shaped pavilion, which will remain on the site after the expo ends, is wrapped in a series of horizontal aluminum louvers. Designed to evoke a feeling of movement while referencing chrome fenders and aircraft wings, the louvers shade windows in the building's facade.

The Future of District 2020

Dubai plans to convert the Expo 2020 site into what will be called Expo City Dubai. It’s Dubai’s vision to build an innovative and sustainable city centered on the community's needs, or “The City of the Future.”

80% of the buildings and pavilions will be re-used. The master plan was not just designed for the Expo but also keeping in mind its future use as a city. Expo City Dubai focuses on being a business hub, with sustainability and collaboration being the center of the proposal. For example, Luxembourg’s Pavilion, which was built to showcase sustainability, will remain to highlight the challenges around natural resources.

The ‘15-minute City’ will provide homes and office spaces to over 145,000 residents. As UAE’s first, most amenities will be accessible in a 15-minute walk or a bike ride. Residents can access many leisure facilities, such as 6 miles of bike tracks, jogging trails, parks, gardens, and malls.

Being the world’s largest 5G-enabled city, Dubai wants to attract businesses to establish offices there. It will also be the first community in the region to be WELL certified, a rating system that aims to create spaces that enhance health and well-being.

Dubai’s plans have always been ambitious, and the Expo City is no exception. But there are multiple examples of mega structures created for Football World Cups, Olympics and many more that have only caused problems at the end of the event, so what are some of the potential challenges Dubai faces?

According to notable urban planner Tim Van Vrijaldenhoven, the advantage Dubai has is that most of the infrastructure has been planned for reuse, and not just for the Expo itself. This is key, because it’s never been done to this scale before.

But one of the more significant challenges The Expo City faces is climactic conditions. Situated in the desert, with hot and humid climate for 9 out of 12 months, building a 15-minute city for walking and biking is not ideal.

Another challenge that Dubai seems to be on top of is momentum. Any site of this scale that must be re-used must be completed as quickly as possible. The faster work begins to transform this mega-site, the more chances for it to work. The more time companies and the public forget about what the Expo was, the lesser its chances of success. But Dubai has always been a city of speed, building islands, skyscrapers, and beautiful structures faster than the rest of the world, so this might not be an issue.

Should Dubai succeed at creating the Expo City, and there’s no reason it won’t, the city could become an example for all future projects of this scale. It is also an interesting case study of how future cities can be planned or would look like.

But the Expo City Dubai is only a tiny piece of Dubai’s much larger 2040 Urban Master Plan, which it aims to encourage mass transit, walking, and cycling use and transform Dubai into the largest green city in the region.

The new master plan will ensure that nature reserves and natural areas will constitute 60% of Dubai’s total area, with a 134% increase in tourist activities and 400% increase to the length of public beaches.

The plan also seeks to develop integrated sustainable housing complexes to meet the needs of citizens.

The core of the master plan is to “enhance human well-being,” and you can see how the Expo City is the first step to achieving Dubai’s dream quality of life promise to every resident. 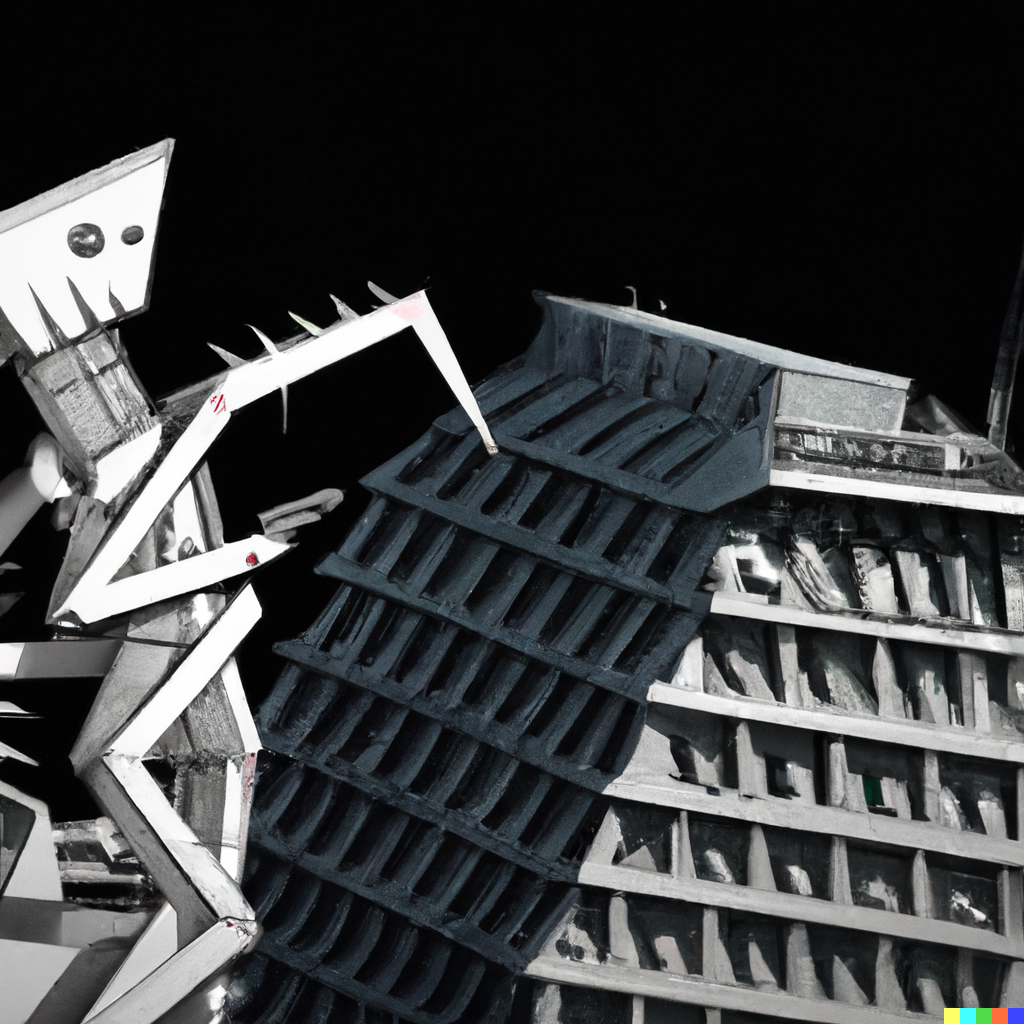 by
Adnaan Farook
Now, this has very real implications in the Architecture and Design Industry. Maybe not in the immediate future, but we’re looking at a significant change in the status quo at some point. So let's dive right in and ask the more serious question, can an AI replace Architects? Well, they did just create this thumbnail. Let's find out!
Read Now 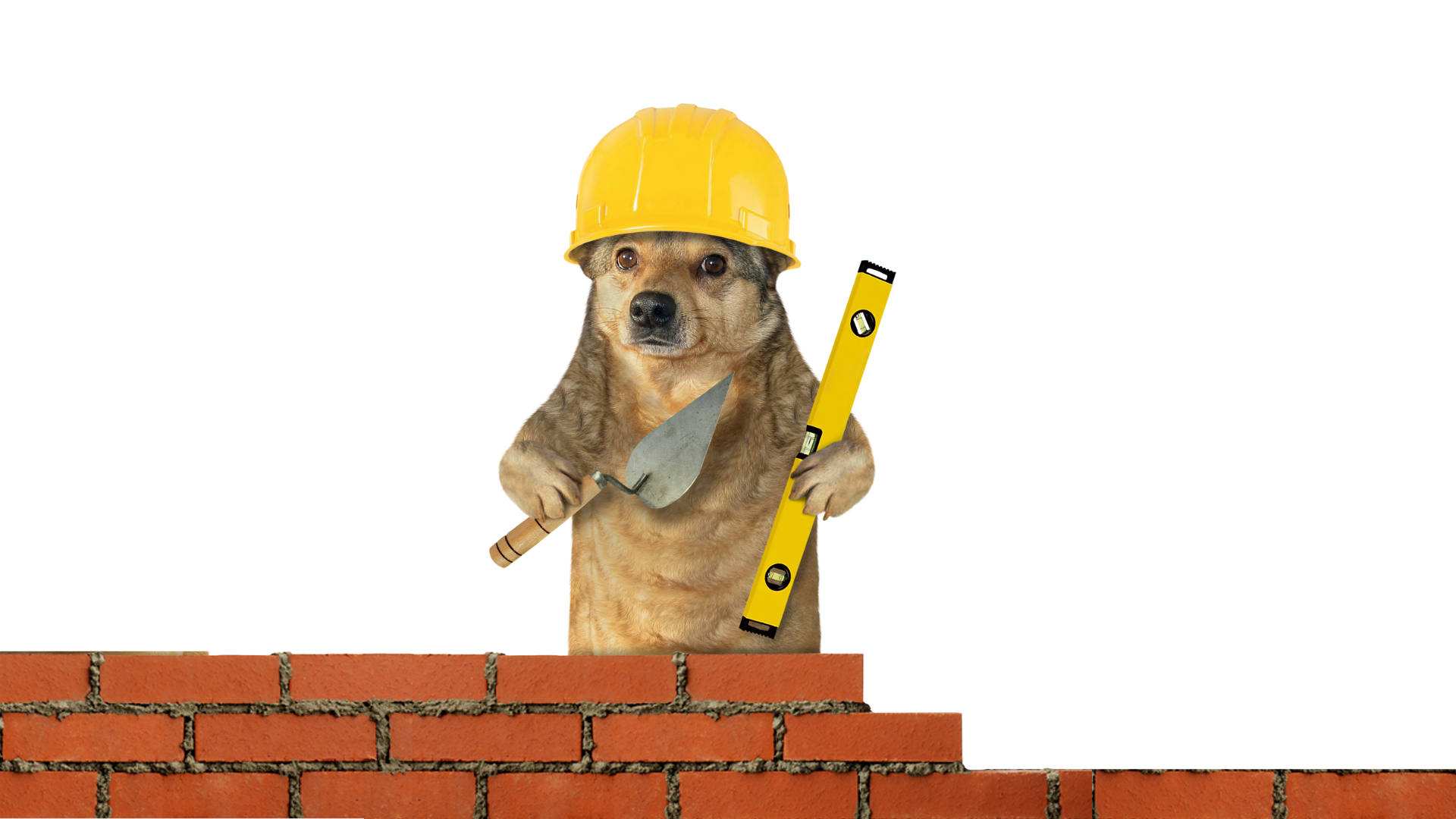 BS Facts About Architecture Everyone Thinks Is True Feat. Doggos

by
Snaptrude Editorial Desk
Architecture is a vast and complex field. Certain facts have repeat over and over again like they are absolute truths, but it turns out that's not always the case!
Read Now 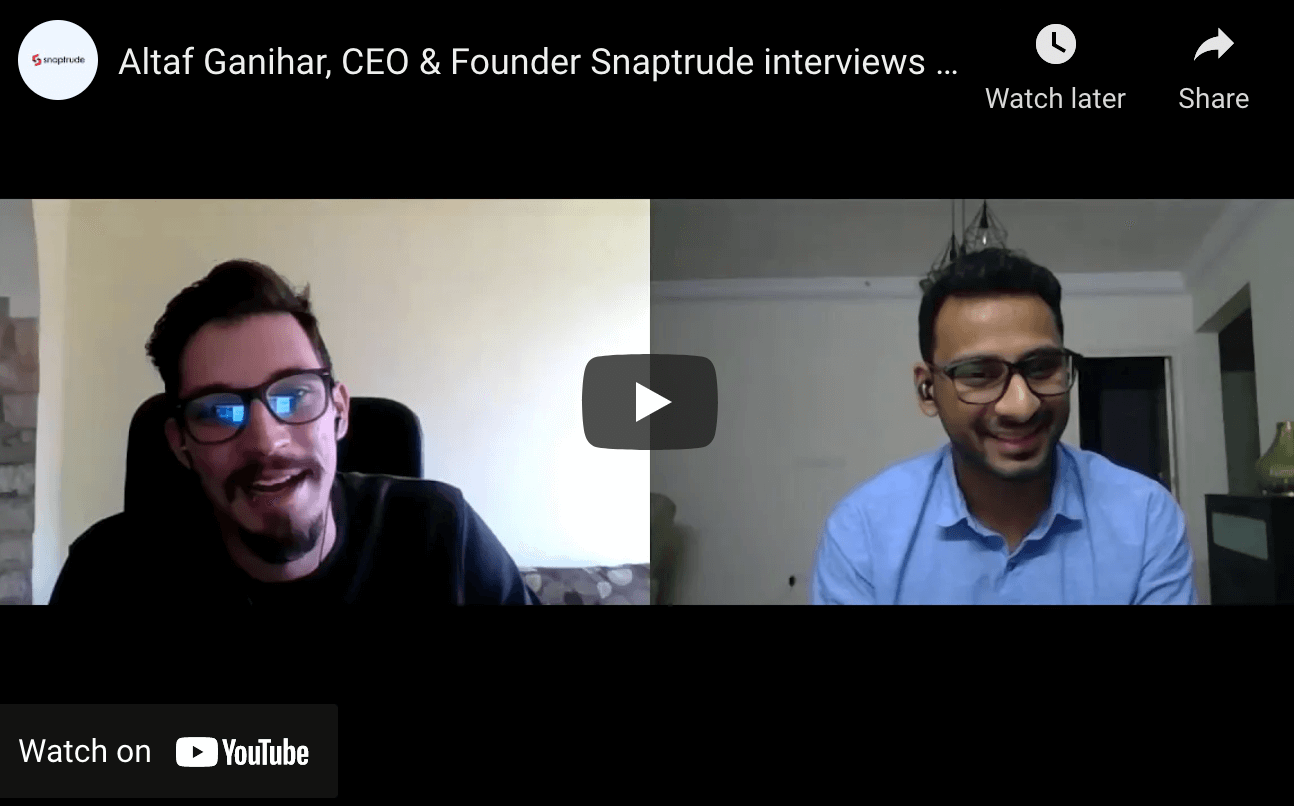 by
Altaf Ganihar
In this interview, Max talks about his design philosophy and explores some new technology like Snaptrude.
Read Now

Join us in our journey to creating the architectural design tool of your dreams!
Try Snaptrude for FreeRequest for Demo
Start Creating Now!
-->