10 Famous Architects and Their Journey to Fame 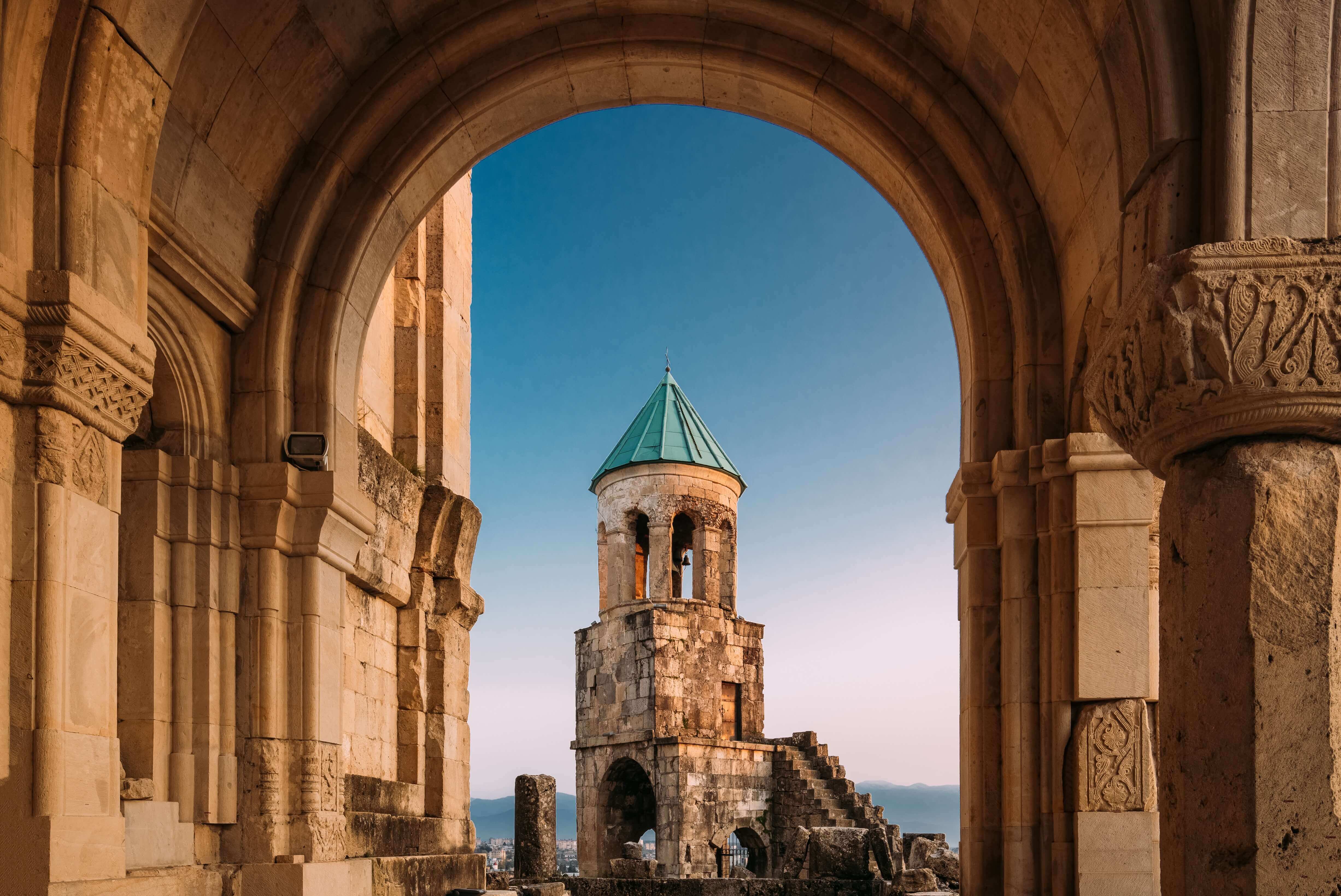 These starchitects have dared to dream differently, often ahead of their times. Explore our list of top ten from across the globe, whom we admire for their brilliance, radical designs and thinking.

Her ‘anti-design’ designs, powerful fantasy-meets-reality style, the many firsts she’s achieved in the industry and her never-give-up spirit were a rare combination that the architecture world looks up to. Once dismissed as a ‘paper architect’ for her sketches being too avant garde to be built, to becoming the ‘Queen of the Curve’, she’s left behind a lasting legacy. From starting as an abstract painter in the architecture space to utilizing the power of technology to bring her concepts to life in the 1990s, Zaha Hadid lived the future in the present.

In an interview to IET, architect Sam Jacob observes of Zaha Hadid, “Her aesthetic moved from something that was on a very linear plane to something which was incredibly curved. Those curves are incredibly difficult to do manually by hand and to calculate. What software allowed her to do was to not only rationalise things that seemed like they were really irrational, but also develop an aesthetic that would have been impossible to do outside of the digital environment.”

Her many firsts included:

One of the greatest architects of this era, Zaha Hadid has given the world iconic buildings that we will continue to marvel at for years to come.

“Indeed, our designs become more ambitious as we see the new possibilities created by the technology of other industries.” – Zaha Hadid
*Source: azquotes.com

The Messner Mountain Museum in Italy, projecting out of a mountain was completed in 2015.
Source: Pinterest

Having completed his architecture degree from the prestigious Sir J.J. School of Architecture in Mumbai, India, it was when he went to London to visit a friend that he happened to visit the CIAM Congress in 1950, and through another architect, got acquainted with Le Corbusier, who was working on the Chandigarh project in India. Balkrishna got an opportunity to apprentice under him after submitting a handwritten application. After apprenticing with Le Corbusier, he returned to India to oversee Le Corbusier’s projects in the country.

Practicing at his firm, Vastushilpa Consultants and sharing his knowledge for over 70 years, this stalwart is known to have pioneered modern architecture in India and designed low-cost housing to help the not-so-privileged. He also collaborated with noted American architect, Louis Kahn in 1962 when working on the Indian Institute of Management in Ahmedabad, India. Balkrishna Doshi also founded the School of Architecture in India, is a Fellow of the Royal Institute of British Architects and a Fellow of the Indian Institute of Architects.

“There is no greater teacher than intuition” – Balkrishna Doshi
*Source: surfacesreporter

Patrik Schumacher joined Zaha Hadid Architects in 1988 when there were hardly a handful of employees and today, as her successor in the organisation, he is carrying forward the strong legacy she left behind. An advocate of using technology to realize complex, fluid forms, Patrik brought in computational techniques to their architectural firm and continues to blend futuristic technology in their works. He is the promoter of parametricism (a term he coined) and believes that it should become the universal style of the 21st century. From being a project architect on Zaha Hadid’s first project, The Vitra Fire station in Germany to becoming Zaha’s trusted confidante and posthumously realizing her unfinished projects, Patrik has been a towering influencer in the architecture space.

Armed with an educational background in philosophy, architecture and a PhD, he also teaches at various architecture schools in Europe like Columbia University, Harvard Graduate School of Design, and Architectural Association School of Architecture in London. He has been publishing articles in architectural magazines since 1996 and has recently voiced his thoughts over numerous podcasts. Having earned the moniker ‘the world’s most provocative architect’ for his often controversial statements, Patrik is one to mince no words.

“Technology does not make the architect irrelevant. I think technology empowers the architect. We had an enormous leap in productivity gain by using tools. ” – Patrik Schumacher
*Source: designedpodcast

An archipreneur, he has been an inspiration to millions around the world. From a three-person studio to the biggest architecture firm in the world, Arthur Gensler’s company works with 42 of the largest Fortune 50 companies and nine of the 10 largest tech companies. A living legend, Arthur Gensler has received the Lifetime Achievement Award by the Design Futures Council in 2017 and is known as the architect of the first 100 Apple stores, Facebook and Airbnb headquarters.

Arthur has a B.Arch. degree from Cornell University and had worked with a few architecture firms in the early 1960s before starting his own firm in 1965. He published his first book, Art’s Principles in 2015 that gives insights to today’s entrepreneurs on starting out on their own.

Founder of the internationally renowned firm, Foster & Partners that was established in 1967, Norman Foster’s journey is ‘not your usual’ architect story. Having left school at the age of 16, he worked as a town hall clerk and later completed his national service with the Royal Air Force. He came back to work as an assistant to a contract manager at a local architect’s firm, John E. Beardshaw and Partners. On the advice of the staff there, he started creating a portfolio of drawings and on finding encouragement, he then studied at the School of Architecture. While studying, he was also working part-time as a salesman for an ice-cream brand, as a bouncer and also at a bakery. When he graduated, he won a Fellowship to study further at the Yale School of Architecture. From there to gaining worldwide recognition and being made a Knight Bachelor and then Baron Foster of Thames Bank, he seems to have been there and done that. And while he was at it, he also got featured on a new version of a Beatles’ album cover in 2012.

A recipient of multiple awards including the prestigious Pritzker Prize in 1999 and a Lifetime Achievement Award in 2007, Norman Foster has been a key architect of the high-tech movement in architecture. As part of a consortium set up by the European Space Agency, his firm has also explored the possibilities of 3D printing to construct lunar habitations in 2012. From The Willis Building in the early days to the Galeries Lafayette in Luxembourg, his work spans across diverse genres like cultural, civic, transport, health, industrial, mixed use, residential, retail and urban design spaces.

“Everything inspires me; sometimes I think I see things others don’t” – Norman Foster

The Willis Building, one of his early works in the 1970s.
Source: Foster & Partners

Called ‘one of the 50 people who could save the planet’ and the ‘inventor of the bioclimatic skyscraper’, Ken Yeang has been the pioneer and promoter of ecology-based architecture since 1971. Ken Yeang studied from the AA school of architecture and has also attended courses on ecology at Cambridge University, and became a member of the British Ecological Society in 1975. He is a lecturer at universities across the globe and an active researcher in environmentally responsible architecture.

In 1985, Yeang had experimented with early bioclimatic work with his own house, the ‘Roof-Roof’ House. Later, his work, the Menara Mesiniaga Tower for IBM in Malaysia, an environment-friendly skyscraper that was built in 1992, received the Aga Khan Award for Architecture in 1995. As an eco-architect, Yeang has built over 200 projects since 1975.

“The renovation of existing buildings and making them green is just as important as designing new green buildings.” – Ken Yeang
Source: quotesayings

Founder of the UNStudio, this Dutch architect has been winning awards since 1983. Ben Van Berkel studied architecture at the Rietveld Academy in Amsterdam and at the Architectural Association in London, receiving the AA Diploma with Honours in 1987, and considers his firm to be specialists in architecture, urban development and infrastructure.

His work, the Mercedes Benz museum was a winner of the prestigious Hugo Häring Preis in 2009.
Ben van Berkel was awarded the Kenzo Tange Visiting Professor’s Chair at Harvard University Graduate School of Design in 2011. He teaches at multiple architecture schools across the world and has also published multiple books talking about his journey and learnings.

“Data technology, sensorial technology, artificial intelligence and augmented reality will enable us as architects and designers to create buildings that sense, understand and respond to the needs and behaviors of the people that work and live in them” – Ben Van Berkel

From wanting to become an architect at the age of 10 after seeing Kenzo Tange’s Olympic Gymnasium in 1964 to being chosen as the architect for the 2020 Olympics Stadium, Kenzo Kuma seems to have come a full circle. A touch of Japan reflects in all of Kengo Kuma’s creations as he aims to reinterpret Japanese traditions in buildings for the 21st century. He is popularly known for his use of wood in structures, which he believes will be the key material of this century. He doesn’t restrict his creativity to buildings but also collaborates on footwear design and other projects. His designs have a common thread – one of natural materials but at the same time, he is also an advocate of using the latest technology.

In 2019, Kuma set up an installation called Bamboo Ring at the London Design Festival. He combined bamboo and carbon fibre, which according to him can be used together to build earthquake-proof architecture. His stadium for the 2020 Olympics in Japan has a wooden arena, where the wood is sourced from parts of Japan that were affected by the tsunami in 2011.

Named Innovator of the Year for architecture in 2011 by Wall Street Journal and one of the 100 Most Influential People by Time Magazine in 2016, Bjarke Ingels has had an exciting journey. With a background that boasts of education from Royal Danish Academy of Fine Arts, School of Architecture and Escola Tècnica Superior d’Arquitectura in Barcelona, Bjarke had first co-founded PLOT, before founding the Bjarke Ingels Group (BIG) in 2006. While at PLOT, he and his partner were awarded a Golden Lion at the Venice Biennale of Architecture in 2004 for a proposal for a new music house for Stavanger, Norway. In 2009, he released an archicomic called Yes Is More.

One of the few architects who doesn’t have any particular signature style across his buildings, Bjarke is known to be pro-technology and has invested in tech startups.

“Architecture seems to be entrenched in two equally unfertile fronts: either naively utopian or petrifyingly pragmatic. We believe that there is a third way… A pragmatic utopian architecture.” – Bjarke Ingels
*Source: Wikipedia

Design of Two World Trade Center by Bjarke Ingels Group, which is under construction.
Source: Dezeen

She gave 10 years to Teachers Village, a mixed-use project, which had schools and housing for teachers in its plan. It included the SoMa Master Plan in Newark, New Jersey that had two charter schools and three residential buildings in its first phase. These got the LEED Neighborhood Development (ND) Silver Certification. Now, the Teachers Village houses 123 residential units and multiple retail spaces. Another note-worthy project of Vivian Lee’s includes The Italcementi i.lab that breaks down pollutants, which is a LEED Platinum Certified building – one of the first in Italy.

“I want there to be more women in architecture at the forefront and running projects.” – Vivian Lee
*Source: madamearchitect.org